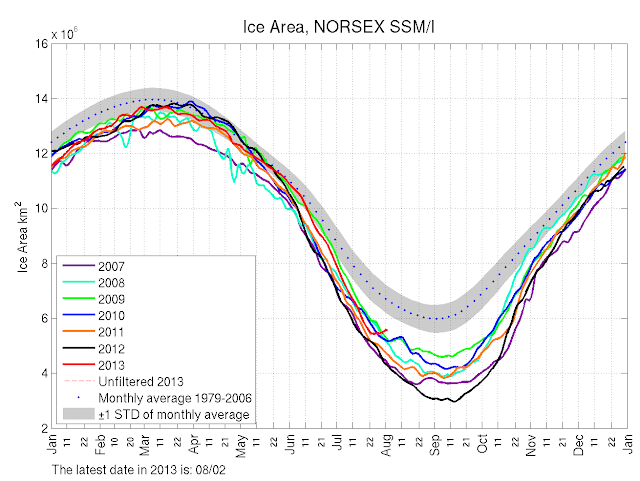 This is a chart of Arctic sea ice using satellite data (from RSS) for the past 6 years. This year's line is red. As you can see, around mid July, the line took a hard left and is actually increasing the sea ice area during what is usually a period of continuous Summer melting. Something like this happened in 2010 (blue line) and what it means is that even when melting resumes, the low in late September will not be a new record low, despite several catastrophic global warming true believers' predictions that Summer ice area this year would (or could) go to zero rather than remain an ice cap about the size of India and South Africa combined. It was always a foolish prediction. It's very cold north of 80 degrees latitude, even in the Summer.