I Love It When I'm Prescient

Nine years ago I wrote this:

...In the Southern Hemisphere, however, it's Fall and it's getting colder. The sea ice in the North has probably peaked and is down from the 21 year normal by half a million square kilometers. Most of the anomaly is from two places--Barents Sea and the Sea of Okhotsk. In the South, the sea ice around Antarctica is more than a million and a half square kilometers above the 21 year normal. Therefore world sea ice is a million square Km above normal. The flux density from the sun is low, 71, and the sun is spotless and still hasn't had a normal second new cycle sunspot since January 4, 2008. The four different measurements of global temperature are rebounding from the year long full degree slide.

I'm speculating that there is a recently active volcano under the ice near the base of the Antarctic Peninsula which accounts for the recent melting only there in Antarctica. Is there any way to tell? It is difficult otherwise to account for the record sea ice (which would mean colder than normal temperatures) and single source of ice shelf collapses (which would require warmer than normal temperatures).

Yesterday I read this:

Antarctica is the largest reservoir of ice on Earth. Understanding its ice sheet dynamics is crucial to unraveling past global climate change and making robust climatic and sea level predictions. Of the basic parameters that shape and control ice flow, the most poorly known is geothermal heat flux. Direct observations of heat flux are difficult to obtain in Antarctica, and until now continent-wide heat flux maps have only been derived from low-resolution satellite magnetic and seismological data. We present a high resolution heat flux map and associated uncertainty derived from spectral analysis of the most advanced continental compilation of airborne magnetic data. Small-scale spatial variability and features consistent with known geology are better reproduced than in previous models, between 36% and 50%. Our high-resolution heat-flux map and its uncertainty distribution provide an important new boundary condition to be used in studies on future subglacial hydrology, ice-sheet dynamics and sea-level change.

So it turns out that there are lots of volcanoes and other geological heat sources under the huge amount of ice in Antarctica. Here is the photo of the mapping: 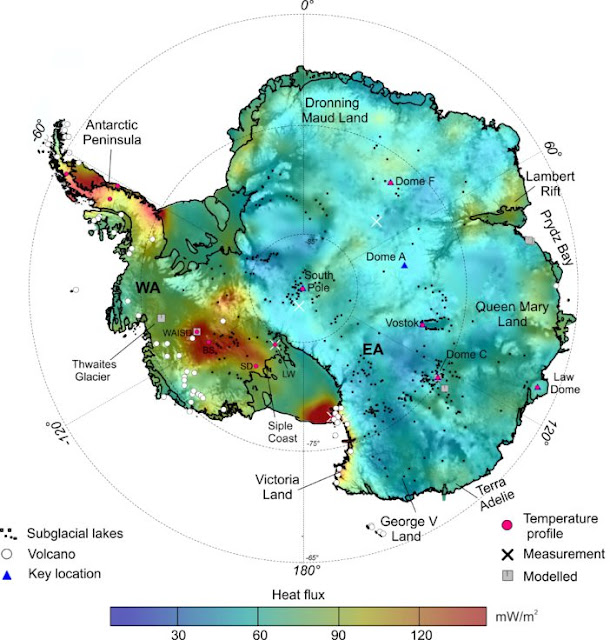 And it was these sources, and not added heat in the air from any greenhouse gas, that were measured by Warmie True Believers Eric Steig, Michael Mann et al. and sold to us as catastrophic man-caused global warming. That was pretty much bull shit. Compare the geologically based warming above with the false narrative of "air temperature" warming at the South Pole, in this view side by side:

Photos out my Office Window

Here are some things I've taken pictures of while "working." 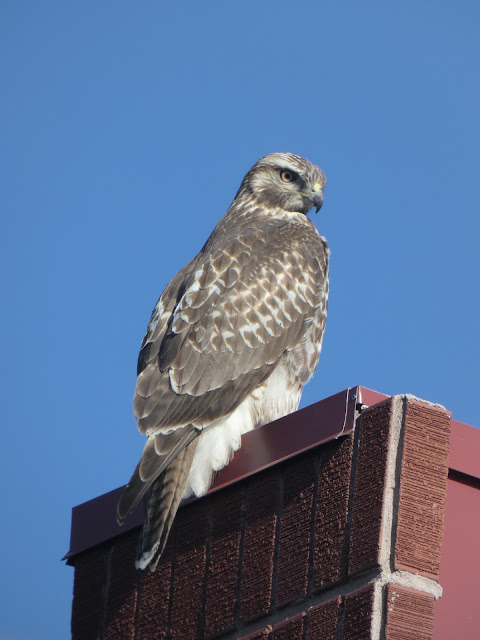 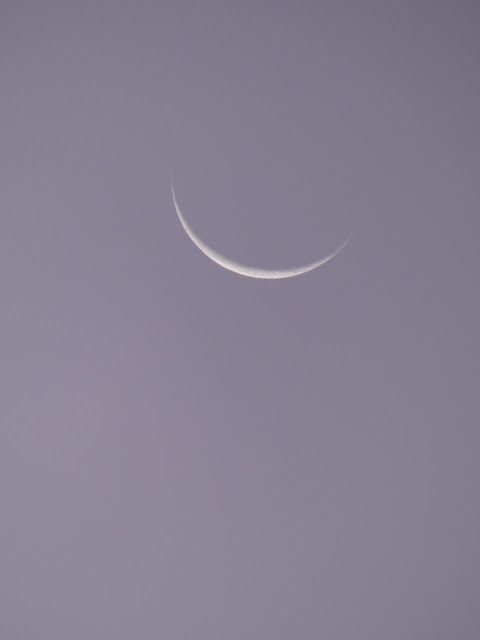 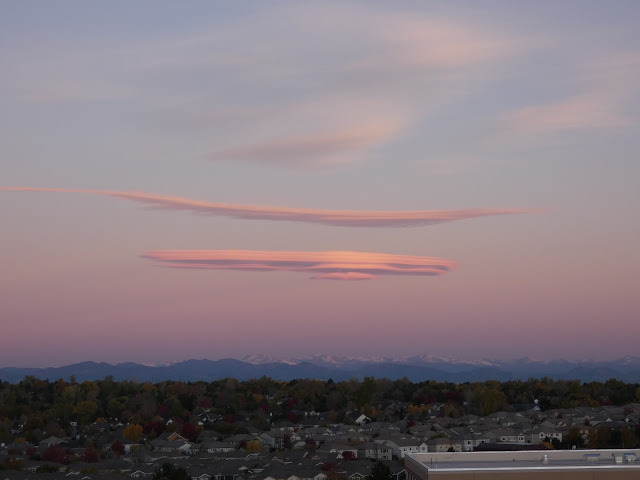 Coming Up with a Great Line, Two Hours Too Late

I was talking to a new friend the other day. She was born and raised Catholic (I just RCIAed) and our conversation touched briefly on the new Pope and she, for a bit, couldn't remember his name. Nor could I. Much too much later I remembered and wish I had said then: "The Pope's name is Francis the Red"

Oh, well. Life is short, and then you die and go to Hell.