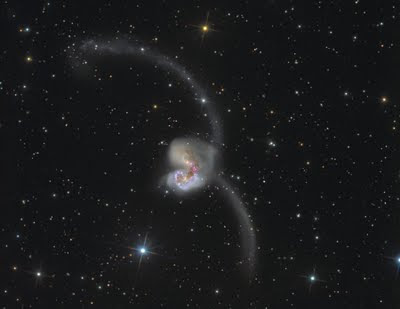 Here are galaxies NGC 4038 and 4039 in slow motion collision, throwing out dust, molecular gas and other matter in the usual rat tail arcs.

Scenes From Another Wedding 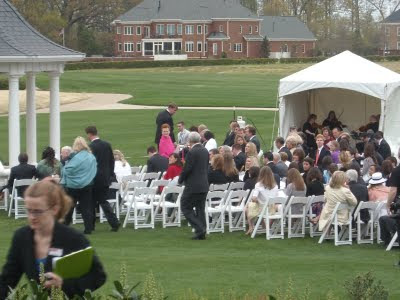 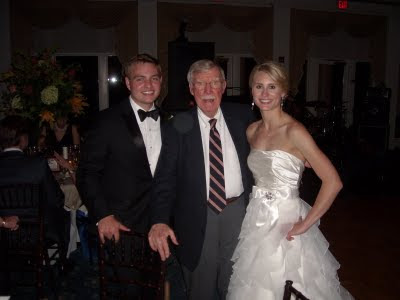 Step-son Austin and Katie got married on the anniversary of Lee's surrender to US Grant at Apomattox. We were at the confluence of the James and Chickahominy about 150 miles away from that historic place, but still in Virginia. Here are some of my bad to middlin' photos

Katie is in Med School in Houston and Austin is in business. Here they are with Groom's paternal grandfather. 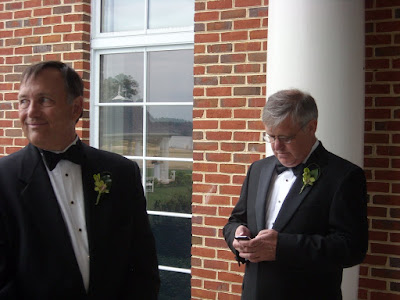 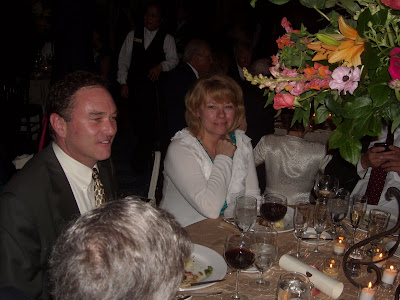 Here are the fathers of the Bride. 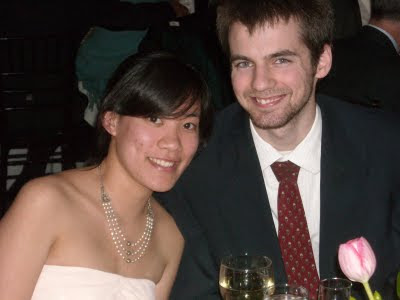 An Uncle and Aunt of the Groom 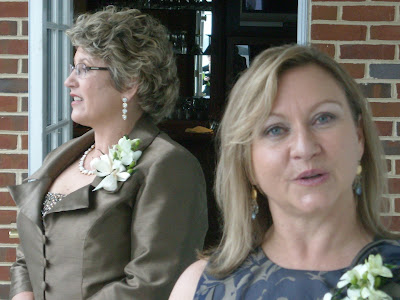 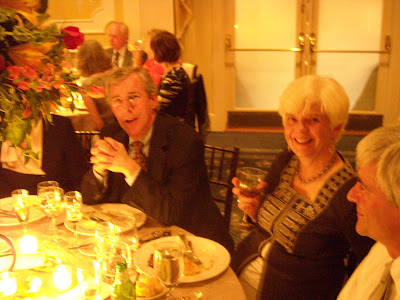 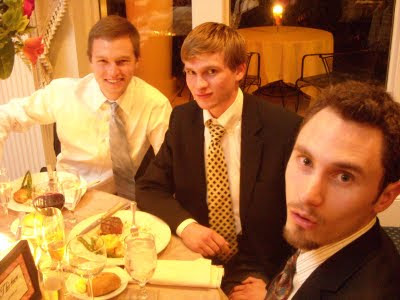 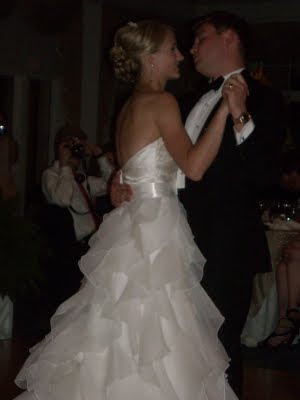 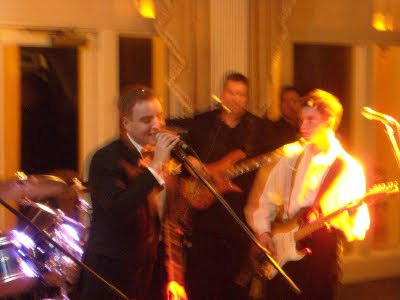 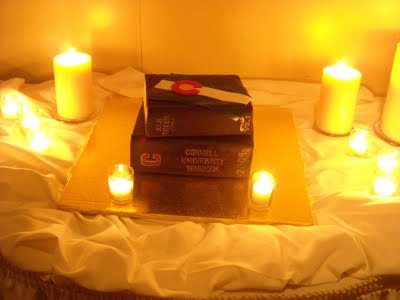 My son and his girlfriend.

The mothers of the Bride and Groom.


My sister and bro-in-law.

Some of the young male cousins.


The Bride and Groom in the First Dance (in the dark).


Austin covers quite well the Beatles "Don't Let Me Down". Brother Charlie, 15, does a nice job on guitar and then comes back to really tear it up on "Little Wing".


One of the two cakes--this one looked like books but tasted of Heaven.

This Day in American History

On this day in 1865, having defeated the Rebels decisively at the Battle of Five Forks, Union soldiers under Grant low crawl during the dark early hours across the 'no man's land' between the Union and Confederate trenches around Petersburg, VA, 25 miles southeast of Richmond, survive raking cannon and rifle fire and rise at first light to storm the trenchlines. As a result of the multiple breaches, the Rebels abandon both Petersburg and Richmond and start a week long race to Danville, which race the Rebels, under Lee, lose at Appomattox. General A.P. Hill was killed trying to rally the Confederate troops

So, having agreed to be the Libyan Liberation Movement Air Force, we’re also happy to serve as the Qaddafi Last-Stand Air Force. Say what you like about Barack Obama, but it’s rare to find a leader so impeccably multilateralist he’s willing to participate in both sides of a war. It doesn’t exactly do much for holding it under budget, but it does ensure that for once we’ve got a sporting chance of coming out on the winning side.

What Muslim Extremists Have Learned

During the Bush (son) Administration, the Muslim extremists scattered around the globe learned that if they supported al Qaeda, or at least tolerated its presence in the country, and al Qaeda launched a major attack against us, that we would immediately invade and, largely using our air power and local opposition forces, clean the leadership's clocks and send them running away like little girls to awful places like Pakistan, etc. (where our allies the Pakistanis utterly failed to destroy them, not for lack of trying).

Under the Bush 43 Administration, tyrants of the Muslim sphere learned that if they were not friendly to us and were murderous both inside and outside their country, and ignored enough UN resolutions, that we would eventually invade, shoot the tyrant's sons, find the tyrant and turn him over to be hanged. On the other hand, tyrants who helped us fight against terror, no matter how murderous, would receive billions of dollars for the effort.

Libya's murderous tyrant, Ghadafi, learned that it was a bad idea to keep developing ABC weapons and he tried to change his spots in order to escape the fate of murderous tyrant Hussein.

There seem to be different lessons learned under the Obama Administration. Friends of America, like Egypt's Mubarak and recent road to Damascus convert Qaddafi, who were tyrants of various degrees, learned that we would not support them effectively dealing with domestic unrest and that we would actively support their countrymen's efforts to depose them, even if they used rubber bullets.

Tyrants who were our solid enemies, like in Syria and Iran, on the other hand, learned that they could put down protests brutally, with live non rubber bullets and arrests and torture, and we would do squat.

Our friends get deposed and bombed; our enemies have nothing bad happen to them, under Obama.

Those are not the lessons I want the Muslim extremists to learn.