In the First Amendment to our venerable, wonderful Constitution, the government is prohibited from "abridging" the freedoms of speech and of the press. Abridging is, in this context, diminishing and I would add, diminishing substantially. It is taking out words to make things shorter (and often less clear), going home early from a trip, and actually, directly violating a right. In Middle English, the word "abregge" also meant deprive.

In the Second Amendment, the government is prohibited from infringing on the rights of the people to "keep and bear arms" (translation: have and carry guns). Infringe means encroach or frustrate. I only have a Masters Degree in English, so I may not be the right guy to judge this, but in my understanding of these words, infringe involves merely touching the right, allowing the government to get too close to it. While abridge involves actually damaging the right.

Both these rights are under a concerted attack by the left. Success in this will lead to a Spanish type civil war, I think, but probably not in my lifetime. (Second prediction, the left will be slaughtered, as people on the right own most of the guns and produce almost all the food and fuel and other necessities).

Final thought. The Democrats seem to have a fetish of making shooters change out their box magazines. Banning the size of a magazine will not prevent a mass shooting, as it takes about two seconds to release the empty magazine and insert a new full one. And that would only happen if the guy who wants to murder strangers somehow has a twinge of his conscience about minor prohibitions and decides that he must obey the magazine size law, while disobeying the murder prohibition.

Yeah, good luck with that. 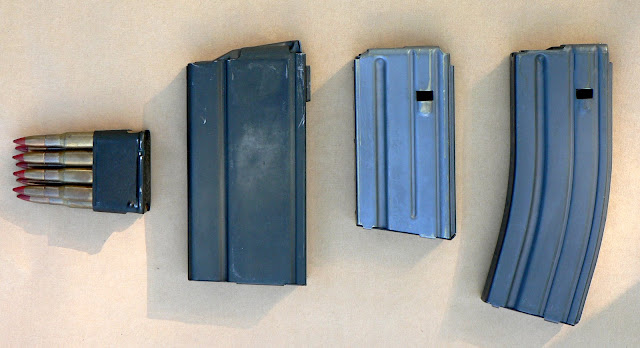