They Just Don't Get It

Here is a pretty long piece in the NYT about gun violence. There are a few very stupid things contained in it (which I'll get to) but the major flaw is that the journalist are blaming us non-journalist, everyday citizens for what the journalists in general are doing. Let's start with that.

The article is titled "A Drumbeat of Multiple Shootings but America Isn't Listening." The NYT analyzed 358 shootings in 2015 where the shootings had 4 or more casualties. Here is the money quote:

Over all, though, nearly three-fourths of victims and suspected assailants whose race could be identified were black. Some experts suggest that helps explain why the drumbeat of dead and wounded does not inspire more outrage.

The real reason is that the press rarely covers most black murders. Sometimes, when the murderer is white, or a child is involved as either victim or murderer, there is some coverage by the news, but rarely when it's quotidian black on black murders. Why is that?

I suggest that the journalist don't cover quotidian black on black murders because the number of such murders do not put the black community in a very good light.

Let's look at the FBI stats from 2014. There were 11,961 murders that year and 8,124 were from firearms (5,562 by handguns, 248 by rifles and 262 by shotgun). Here are the racial breakdowns where the race of the perpetrator was known. Like most activities, the bulk of murders are committed by a person of the same race as the victim.

So that's not completely awful in a dispassionate, relative way. Blacks murdered whites at a rate nearly twice that of whites murdering blacks, but the numbers of murders across racial lines are pretty small. Likewise black on black murder was nearly 90% while it was only 82.3% with whites. I can't see any useful data in those last two statistics.

The bad news is the rate of murders by the race of the perpetrator per representation in the general populace. That statistic ain't so good for the black community.

The rate of white murderers per 100,000 white citizens is 1.1. The rate of black murderers per 100,000 of black citizens is 5.6, that is, roughly five times higher than for whites. Put another way, blacks are  responsible for nearly as many murders as whites (2651 versus 2676) but blacks are only about 1/6th as numerous as whites. If I were a bleeding heart rather than a logical mind, I'd not want to trumpet those statistics. I don't talk about them here because I delight in showing the black community penchant for violence and murder. I'm only bringing it up because the journalists implied often in the article that us whites are not outraged because we are racist or uncaring about black victims or both. The number of white cops shooting black victims which amount to murder or manslaughter is tiny compared to the slaughter in the black neighborhoods. But if a black is shot by a cop, even when it is fully justified, the members of the community where it took place are wholly outraged. They riot. They start movements like (Only) Black Lives Matter. There appears to be nothing of this for the everyday murders in the same neighborhoods. Are the other blacks not outraged when a young black man shoots a 6 year old or a baby? I can't believe they are not, but I'm just as sure their outrage is not covered by the press in just the opposite way the press covers a young black man killed by a white cop. But we non-murdering whites are the problem, were the ones indifferent to the suffering of all the victims of murder.

No. No sale. The journalists calling us indifferent and racist are the ones not covering the daily multiple murders of young black men by other young black men. Apparently they are unaware that they are doing just what they complain wrongly that non-journalist whites are doing. They just don't see it. They just don't get it. There is none so blind as he who will not see.

Now to the other stupid stuff.

The NUT evaluation of the 4 or more casualty shootings in 2014 revealed "how easily lives are shattered when a firearm is readily available -- in a waistband, a glove compartment, a mailbox or garbage can that serves as a gang's gun locker." Oh, right, of course it is the availability of guns which causes the murders, not the murderous heart of the murderer. If we took away as many guns as possible, there would be no problems with multiple shooting deaths and injuries. It's the guns' fault for being available. Of course disarming the law abiding and not the criminals would not cause any problems whatsoever. Right?

Also as they are wont to do, the journalists' estimate of gun murders in America each year is far in excess of the figures from the FBI. The article says 11,000 die each year from gunshots. The FBI says that is about the number of all murder victims and only 8,124 are from firearms. Strange that the journalists would get it wrong and thereby exaggerated the problem. I'm sure it's an honest mistake.

There is an opinion piece in the NYT today authored by three Viet Nam War vets, two of whom served honorably in it, which purports to display the lessons we have learned from that war. I don't think so. There's more wisdom in the fiction of Game of Thrones last Sunday when a father tells his son: Do not seek out a fight but if you have to fight, win.


That's the lesson we need to learn from Viet Nam. If you have to fight, fight to win. Fight to destroy and occupy the capital city of the enemy, like we did to Germany and Japan. That's a long lasting peace bringer. Anything short of that all too often brings a second conflict. I'll give some examples.


WWI: There was an armistice before Allied troops ever entered Germany or Austro-Hungary or Turkey. So there was WWII with many of the same combatants 21 years later.


Viet Nam: Despite having first defeated the Viet Cong in 1968 and then fought the NVA to a standstill when it invaded South Viet Nam in 1973, and despite our concluding a peace treaty that year, the war ended only when the Communist North violated the treaty before the ink was really dry (and the Democrats in America betrayed our former allies by denying them any weapons, munitions or air support from us). The North invaded and then occupied Saigon and there has been no further conflict there. They knew how to end a way properly.


Gulf War I: There was an armistice before we occupied much of Iraq, certainly got nowhere near Baghdad. So there was the Gulf War II in 2003.


These are real lessons. The opinion piece is almost all blather.

Labels: Fight to Win, Real Lesson of Viet Nam: If You Must Fight

The drums had been beating for weeks about a major New York Times expose in the works that would demolish Trump once and for all by revealing his sordid lifetime of misogyny. When it finally appeared as a splashy front-page story this past Sunday (originally titled "Crossing the Line: Trump's Private Conduct with Women"), I was off in the woods pursuing my Native American research. On Monday, after seeing countless exultant references to this virtuoso takedown, I finally read the article--and laughed out loud throughout. Can there be any finer demonstration of the insularity and mediocrity of today's Manhattan prestige media? Wow, millionaire workaholic Donald Trump chased young, beautiful, willing women and liked to boast about it. Jail him now! Meanwhile, the New York Times remains mute about Bill Clinton's long record of crude groping and grosser assaults--not one example of which could be found to taint Trump. 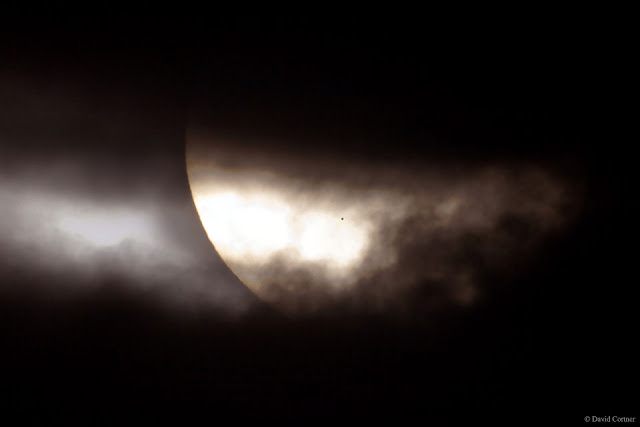 There's a little black spot on the sun today.
It's not the same old thing as yesterday.

Labels: Sun; Mercury; This is what it's like when orbits collide

May first. Which means I'm 4 short days from another holiday Americans have decided to celebrate.
Don't get me wrong, I'm all for another excuse to drink.
But Seriously Mexico: Celebrating beating the French is like celebrating managing to get your feet into the correct shoes.


The Mexicans won the battle of Puebla on 5/5/1862 but lost the rest of the battles that year and were conquered by the French the next year. The French had taken the opportunity to invade (and ignore the Monroe Doctrine) because we were up to our waists in American dead from our Civil War and couldn't do anything to stop them, which is all the more reason to mock them now. The French left Mexico in 1867 defeated by Mexico's guerilla tactics.


The French Foreign Legion, which can actually fight, suffered a defeat in 1863 in Mexico at the Battle of Cameron, where sixty some Legionnaires took on 3,000 Mexican troops and fought until every one in the Legion was dead or incapacitated. This is what the French celebrate, defeat, but a die-hard defeat and the classical heroic structure--defense of a narrow place against odds. We here in America also celebrate a lost battle in a successful war against the Mexicans. Remember the Alamo.