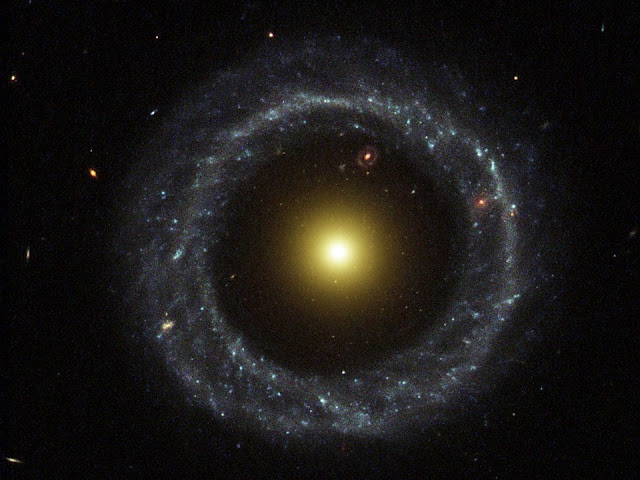 Hoag's Object, a very strange ring galaxy with a surrounding symmetric halo of new big blue stars and an older red/yellow core that may or may not have anything to do with the ring. No one has any real insight how this particular ring galaxy formed. It doesn't look like computer generated simulations we have. However, as Belushi used to say in a rant on March on SNL, but that's not the weird part...

At the one o'clock position within the ring is another ring galaxy apparently some distance behind this one. I know in an infinite universe there will be some very strange coincidences if you only look long and hard enough, but what are the freakin' odds that framed in a nearly unique ring galaxy is another in the distance?

It's nearly enough to make you believe in some sort sort of galactic engineering. Nearly.

I've written about NGC 660 before here.