Roger to the Rescue 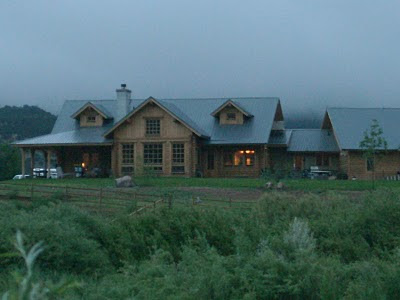 Wife Kit and I were down with friends north of Canon City for a bar party. We stayed the night in the guest cabin. Others saw a black bear start to climb a tree then run off, but I missed it. The next day riders reported a hawk that didn't fly from a very low perch even when they rode right by it. We went to investigate and found an immature hawk with a wound on its right wing. We put it under a net without any further trauma and then transferred it to a Jack Russell terrier sized dog carrier and ultimately to the Raptor Society whose agent assured us it was going to be fine. It was a Peregrine Falcon in fact, the king of the raptors. Huge yellow feet with long talons and yellow rimmed eyes are its features leaving a lasting memory. I hope it's OK. I mainly watched the rescue.

Shooting and riding and raptor rescue is a normal Sunday for these friends.