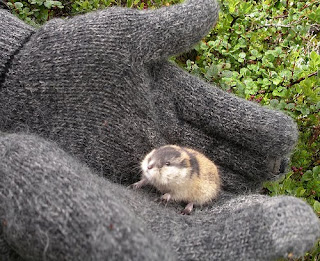 After the failure of the Democrats, with a 40 plus vote majority in the House and a 60 vote, filibuster proof majority in the Senate, to pass major health care deform this past Fall; after the election of convenient RINO in Massachusetts Scott Brown (which destroyed the filibuster proof Democratic Senate); after the less than super successful dog and pony summit this past week; the question remains--quo vadis, Democrats?

Here's the learned lefty consensus. The damage is done to the Democratic brand and it will be normal to bad in the midterms (they will lose seats, perhaps a lot of them). Some of the Democrats in Republican states are dead men walking. So there is nothing to be gained by abject, epic failure of the Democrats to pass their President's signature, year in the making, so close they can taste it, legislation, sweeping European style socialized medicine. In fact, an abject, epic fail under these circumstances seals the deal in everyone's mind--the Democrats are terrible at governing. So, despite the overwhelming rejection of the huge, horrible bills by the governed, a rejection which grew as the President expended credibility and 'political capital' failing to convince us it was good for us, the Democrats, the political elite, say, majority be damned, let's ram it through anyway. It won't cost us anything more politically.

But, here's the rub, the Democratic Party is not a monolith (as exposed by the failure of this health care bill, et al.); it's made up of individuals and the individuals running for re-election might think that it's every man for himself and do what he (or she) thinks gives the greatest chance of re-election. If these individuals think that failure of the health care bill will boost re-election chances better than actually having to vote for the thing, then perhaps Speaker Pelosi won't be able to get the votes in the House.

I don't know enough to say whether the Health Care bill will pass or not. The House version passed, four months ago, with only a few votes, and most of the votes above the bare majority have since died, retired or changed. The bill is much more unpopular now. Scott Brown got elected in Massachusetts, in Ted Kennedy's seat. On the other hand, the narrowness of the vote in the House was mainly illusion. Once they had enough votes to pass the thing, Speaker Pelosi granted dispensation for the Blue Dogs, who feared repercussions with the voters back home, to vote no.

So I'll leave it to the experts. On Fox News Sunday, Juan said the bill would pass, and Liz and Bill said it wouldn't. Mara Liasson of NPR, looked skyward and then down, sighed big and ruefully said she doubted it would pass. That's not histrionics but a fair minded lefty facing a grim, unwished-for-reality. I think you can take her sincerity to the bank (although no one KNOWS the future).

The photo is of a Norwegian lemming, for no particular reason.