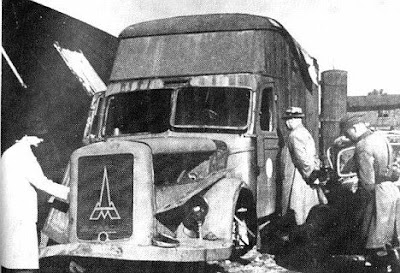 A Nazi death van, used not against the Jews first, but against those Germans who would now be competing in the Special Olympics, along with the floridly psychotic, and those with severe birth defects.

Apparently the Nazis were too girly to start with those who could actually resist, which is why we who can recall history are so protective of the poor Terry Schiavos of our nation, even when there was no hope for her and she existed in the purgatory of a persistent vegetative state.